Below are some of the common pests that we provide treatment for. For additional information on these pests, along with others, please visit Pest World's Pest Guide. 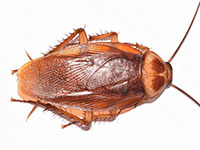 The Asian tiger mosquito is an exotic species that gets its "tiger" name from the single white stripe down the center of its head and back. This biting insect can transmit harmful diseases like West Nile virus, Chikungunya and dengue fever. 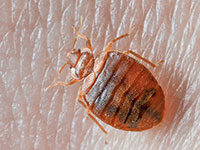 Bed bugs get their name from their habit of feeding on human hosts in bed. They are excellent hitchhikers, easily transported and are found in many different types of dwellings, which makes them difficult to control. Bed bug infestations continue to plague Americans. In fact, 99.6 percent of pest professionals have treated for bed bugs in the past year, according to our most recent Bugs Without Borders survey. Do you know how to identify bed bugs? 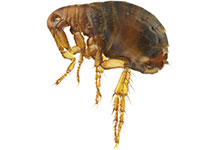 Fleas are parasites that feed on the blood of any warm-blooded body. Cat fleas are the most common domestic flea, but dog fleas, human fleas and oriental rat fleas can also be found. Fleas do not fly. Instead, they use their powerful legs to jump onto a passing host. Flea bites can result in painful, itchy red bumps. Fleas are also the most common transmitter of the rare bubonic plague. 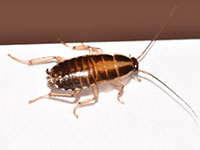 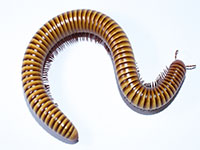 Millipedes are sometimes called "thousand-leggers" because of their many pairs of legs, but they can actually have anywhere from 30-90+ pairs of legs, depending on the species. The leggiest is Illacme plenipes, which can have more than 333 pairs of legs. 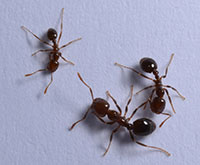 Red imported fire ants (RIFAs, for short) get their common name from their ability to inflict painful bites and stings. These dark reddish-brown ants are an invasive species found throughout the southern part of the U.S. 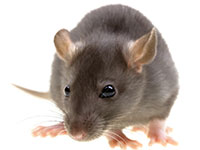 What are roof rats? Roof rats - also called black rats or ship rats - are smaller than Norway rats, but cause similar issues. This rodent gets its name from its tendency to be found in the upper parts of buildings. The roof rat is thought to be of Southeast Asian origin, but is now found throughout the world, especially in tropical regions. 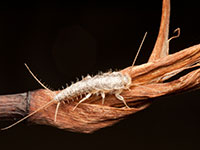 This insect gets its name from its silvery, metallic appearance and fish-like shape and movements. Silverfish have no wings, but are able to run very fast. They tend to hide their presence from humans which means any damage they have caused could go unnoticed as well. 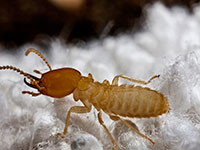 Formosan termite control begins with eliminating sources of moisture both inside and outside of the home. Inside, homeowners should reduce humidity in crawl spaces, attics and basements with proper ventilation. Outdoors, divert water away from the home's foundation to prevent Formosan termite access with properly functioning downspouts, gutters and splash blocks. Homeowners should also store firewood at least 20 feet away from the home and maintain a one-inch gap between soil and wood portions of the home. 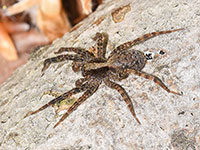 Unlike most spiders, wolf spiders don't hunt with webs. Instead, they chase their prey using their fast running ability. These spiders are often big and hairy which alarms some people, but they are primarily nuisance pests. Over 100 species of wolf spiders are found in the United States and Canada. 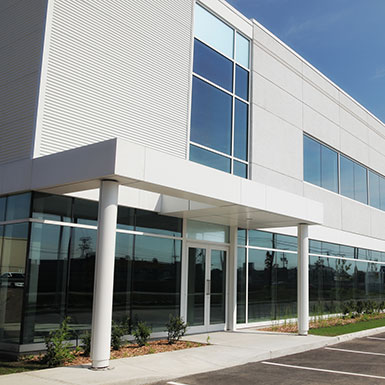 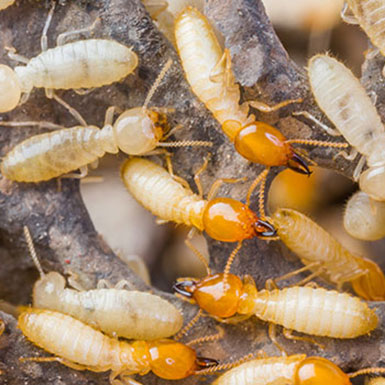 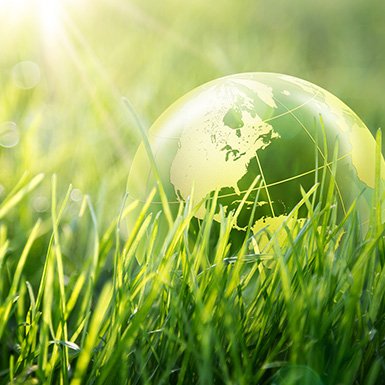 — Rodney W., Pace, FL We get excellent services from the entire team. We’ve been using Bug Out for over 15 years and they still provide top notch service.